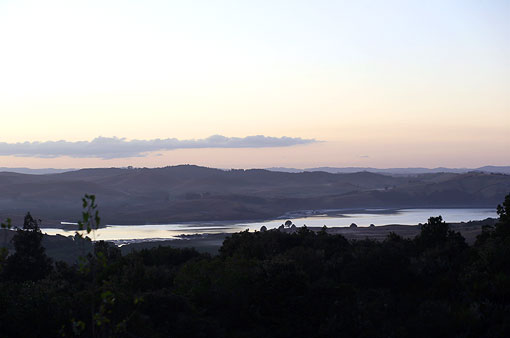 The Otamatea is a major arm of the northern Kaipara moana one of the world’s largest harbours and the largest estuarine ecosystem in New Zealand.

Otamatea was named after Tamatea-pōkai-whenua who came to New Zealand in the Tākitimu canoe. Known as Tamatea-who-encircled the land, he found himself surrounded by Ngāti Whātua warriors when at Ranganui near the Kaiwaka creek.

Realising his difficult situation, he called to his God Raiera to protect him. Raiera came to Tamatea’s aid in the shape of a rock and carried him to the middle of the river in safety.

Now curious about Tamatea, Ngāti Whātua invited him to stay at Raepare Pa.

As gratitude for their kindness and hospitality Tamatea left his god Raiera in the river as a bridge for his descendants.  The river was then named Otamatea.

The Kaipara and its people

Ngāti Whātua’s association with the Kaipara moana dates back several hundred years.  Its many rivers and creeks were vital for the tribe’s transport, communication and community and also provided a rich and abundant source of food.  The many dwelling, burial and sacred sites means that Otamatea River and the harbour at large have great cultural and spiritual significance to Ngāti Whātua and the people of Otamatea Marae.

From the mid 1830’s on European’s settled around the Kaipara and shared a love and respect for its beauty and bounty. While settlement bought industry and economic opportunities, unchecked growth over many decades meant that the harbour and its resources were at times stretched beyond limit.  Given the many competing and sometimes conflicting uses, the harbour today is in environmental decline.

The Kaipara’s well-being is paramount to the people of Otamatea Marae and as kaitiaki or cultural guardians, our role is to protect and promote its physical and spiritual well-being.

Today Ngāti Whātua leaders including people from Otamatea Marae have joined with government to implement plans to improve the physical health of the harbour.

We welcome this opportunity to work with other groups so the Kaipara moana is returned to a healthy state for the benefit of our people, and our local communities into the future.